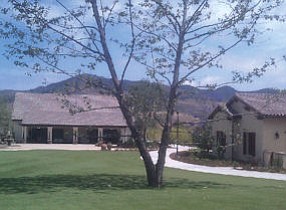 The grand opening for the first village of Rancho Mission Viejo is fast approaching, and the project’s master developer—and Orange County’s second-largest land owner—already has a sequel in the works.

Rancho Mission Viejo LLC is moving ahead with plans for the second phase of housing development at its namesake 14,000-home, masterplanned ranch community in South Orange County, company officials said this month.

Nearly 3,000 homes and apartments are planned for the ranch’s second phase on a swath of land near Ortega Highway and Antonio Parkway, about two miles east of downtown San Juan Capistrano.

Land sales for that phase are expected to begin by the end of the year, according to Paul Johnson, senior vice president of Rancho Mission Viejo LLC. The second phase is tentatively scheduled to open in late 2015.

In movie parlance, the phase-two plans are akin to a studio green-lighting a big-budget sequel to a movie that’s yet to hit theaters.

The first phase of development for the ranch, called Sendero, will have its grand opening on Saturday and Sunday. Its 1,226-home and apartment count upon its build-out are about 40% the size of the proposed second phase.

The entire Rancho Mission Viejo housing development, as well as accompanying commercial uses, is being built on portions of a 23,000-acre stretch of land described as Orange County’s last working ranch.

About 6,000 acres will hold the homes and mixed-use development, while the remaining 17,000 acres have been designated as protected open space in The Reserve at Rancho Mission Viejo.

Builder and homebuyer interest in the project’s first phase warrant the developer’s optimism about future growth at the project, Johnson said.

The company indicated an interest list for Sendero now tops 8,000 names and is growing by 400 people a week.

It also helps that the project is coming online in an improving new-home market in Orange County after several barren years.

Rancho Mission Viejo LLC officials believe its project will appeal to a different type of buyer than other large-scale developments in the county, especially older buyers.

Sendero, Spanish for “the path,” includes a mix of 941 single-family attached and detached homes, including a gated community called Gavilan that is geared toward people who are at least 55.

Ultimately, up to 6,000 of the 14,000 homes envisioned for the ranch will be dedicated to older buyers, and amenities such as home-care services and lifetime home warranties are being considered to appeal to those buyers.

More standard development fare is being planned for spots among the age-qualified homes at Sendero.

A 285-unit apartment complex built by Irvine-based Western National Group and a 10-acre retail center are also planned for the 690 acres of land encompassing Sendero over the next couple of years.

Eight homebuilders, including three based in OC, are handling home construction at Sendero. The first residents are expected to begin moving into the community in August or September.

Land sales haven’t formally begun at Sendero, but the project already appears to be a winner for Rancho Mission Viejo LLC, the development arm of the Moiso, O’Neill and Avery families.

Market watchers said some of the builders at Sendero have been paying the developer in excess of $3 million an acre for its land. Sales for detached homes at the community have ranged on a per-lot basis from $240,000 to more than $400,000, sources said.

Attached homes built by Newport Beach-based William Lyon Homes are expected to be priced for less than $400,000. Larger stand-alone homes at Sendero will approach the $1 million mark.

The Business Journal estimates that the company earned at least $150 million from Sendero-related land sales over the past year. Rancho Mission Viejo LLC is the No. 73 company on this week’s list of OC’s largest private companies (see list, page 14).

The Moiso, O’Neill and Avery families’ land holdings in the county’s southern foothills once topped 200,000 acres and have been used to develop the cities of Mission Viejo and Rancho Santa Margarita, as well as the communities of Coto de Caza, Las Flores and Ladera Ranch.

Development of Rancho Mission Viejo LLC’s land isn’t cheap. Among the infrastructure projects now moving along is the creation of Cow Camp Road connecting Antonio Parkway with the proposed extension of the Foothill (241) Toll Road.

Cow Camp Road’s first phase of construction is expected to cost about $30 million, with Rancho Mission Viejo LLC picking up about $20.1 million of the tab, according to county records.

Johnson said the road, when complete, will include the longest bridge in the county.