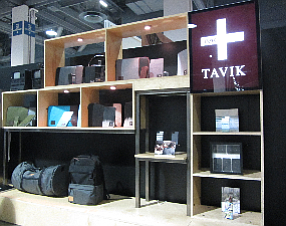 Irvine-based apparel and accessories maker Tavik Industries LLC has hired several veterans of the action sports industry as the company looks to grow here and abroad under new ownership.

Tavik has hired eight workers in areas such as apparel and graphic design, sales and marketing since the start of the year, bringing its local headcount to 18. The company employees 26 companywide.

Tavik sells men’s apparel and women’s swimwear along with iPhone cases and laptop sleeves among other accessories. Some of its cases are sold exclusively through Apple stores.

The company’s most recent hires include Dorota Korczynski, who previously was product manager of Burlington, Vt.-based Burton Snowboards’ Analog Clothing. She will be lead product manager for Tavik. Korczynski has also worked at Foothill Ranch-based Oakley Inc. as a product developer and production and sourcing manager.

Other former Burton employees have also moved to Tavik, including technical and fit designer Lyra Kelly and graphic and apparel designer Jordan Raths.

Burton shuttered its Costa Mesa office—the headquarters of Analog Clothing and Gravis Footwear—in October as part of a companywide restructuring.

The hiring comes as Tavik grows its retail distribution with 12 new international distributors and two North American sales agencies since the start of the year. The company has expanded into Australia, Japan, China and Latin America among other overseas markets.