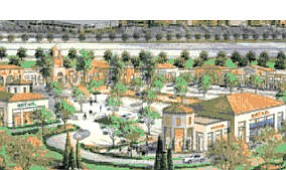 The Irvine Company plans to build a 100,000-square-foot neighborhood shopping center next to its new Los Olivos apartment community in the Irvine Spectrum.

Plans for the center, which would run alongside the San Diego (405) Freeway on a vacant parcel, carry several marks of distinction for the largely dormant retail development landscape in Orange County.

The Los Olivos shopping center would be only the second sizable new retail project to break ground in OC since the recession, which saw big chunks of vacant space hit the market as a number of big-box retailers such as Mervyns, Circuit City and others ceased operations.

The Los Olivos center also is believed to be the largest new retail project currently being considered for the city of Irvine—and the biggest one on the drawing board in Orange County for Newport Beach-based Irvine Co., the region’s largest real estate owner.

The new project is envisioned as an extension of Irvine Co.’s existing Los Olivos Shopping Center, a 62,000-square-foot retail center on Irvine Center Drive. That retail project, previously called The Commons, holds a handful of restaurants, a daycare center and a 36,000-square-foot 24 Hour Fitness gym.

The center got renamed earlier this year, around the time that Irvine Co. opened Los Olivos, a new apartment project built on the former site of the Wild Rivers Waterpark. 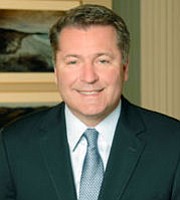 Los Olivos will have 1,750 rental units when fully built out next year, making it the largest apartment project in Orange County’s history.

The new retail project going up next to the apartments “will be underway soon to further support the fast-growing residential and office populations in the area,” Irvine Co. Retail Properties President Dan Sheridan said last month in a company newsletter.

A specific time frame for construction moving ahead hasn’t been disclosed by Irvine Co., which owns nearly 40 shopping centers in the county, including the 1.2-million-square-foot Irvine Spectrum Center mall, which is about half a mile from Los Olivos.

Sources said they expect the center to open by the end of next year.

Sales for the privately held company’s retail division appear to be outpacing the market at large in the past few years, according to company documents marketing the new retail development.

The national average for year-over-year sales growth was about 5% during each of those two years, according to marketing materials Irvine Co.’s retail division prepared in recent months for prospective shopping center tenants in the area.

Renderings of the 100,000-square-foot Los Olivos retail development suggest a mix of restaurants, service-oriented stores, and perhaps a grocery store. Specific tenants for the proposed development have not been announced.

“We are in the planning stages for the second phase of Los Olivos Shopping Center, which is designed to meet the needs of new and existing residents in the Irvine Spectrum area as well as nearby office workers,” said Irvine Co. spokesperson Mike Lyster. “We are carefully planning the right mix of retailers and expect to see everything from dining to stores catering to daily needs.”

The two phases of the Los Olivos retail center would combine for 162,000 square feet at full build-out, slightly larger than the nearest grocery-store-anchored center in the area, the 144,000-square-foot Quail Hill Shopping Center, which also is owned by Irvine Co.

The new retail project for Los Olivos is another example of Irvine Co.’s aggressive development plans for the Irvine Spectrum.

Last week’s Business Journal detailed proposals by the developer to build nearly another 5 million square feet of offices in the area, along with several thousand more homes and apartments, in anticipation of strong employment growth in the Irvine Spectrum area.

The company said in marketing documents that it expects to see close to 20,000 new office jobs there over the next five or so years.

“We’re seeing growth in 2013 in both development and redevelopment,” Sheridan said in a recent newsletter to members of the retail industry that highlighted store openings across the company’s OC portfolio. “Our most aggressive expansion is occurring in the Irvine Spectrum.”

The company is putting millions of dollars into upgrades at the Irvine Spectrum Center mall and is nearing the opening of a 50,000-square-foot PGA Tour Superstore at its 332,000-square-foot Alton Marketplace center. The golf-themed store is the first of its kind in Southern California.

The new retail center at Los Olivos will have more than the nearby apartment development within its draw area.

Irvine Co. also is planning a 1,950-home project to go up at the current site of the Verizon Wireless Amphitheater.

That project, which would be just down the street from the new retail center, won’t move ahead until the amphitheater’s lease for the site ends in 2017.