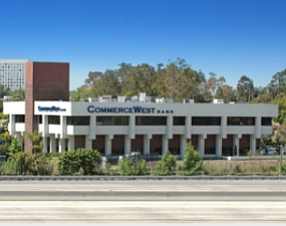 Irvine-based CommerceWest Bank reported net income of $1.4 million in the second quarter, a 37% increase from the year-ago period.

Chairman and Chief Executive Ivo Tjan said the bank, which for the past several quarters has worked to improve its interest margin, is looking to “focus for the remainder of 2013 on growing loans, deposits and assets.”