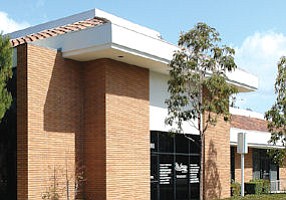 Irvine Co. took over ownership of two buildings along San Joaquin Hills Road that are immediately behind the real estate investor and developer’s headquarters at 550 Newport Center Drive.

The two medical office buildings, at 2071 and 2101 San Joaquin Hills Road, total about 40,000 square feet and were owned by Burnham USA.

Burnham USA, in turn, has taken over ownership of a pair of two-story buildings that were previously part of Irvine Co.’s Corporate Plaza office complex on Avocado Avenue.

Those two buildings, at 24 and 26 Corporate Plaza Drive, total a little more than 80,000 square feet of traditional office space and have a variety of smaller businesses as tenants.

The transaction is a rarity on several fronts.

Few offices ever change hands in the glitzy Newport Center area, which commands the highest rents of any office market in the county.

It’s even rarer for Irvine Co.—OC’s dominant office landlord—to give up ownership of any of its buildings, particularly those in Newport Center, where it owns the bulk of the region’s higher-end space.

Also a rarity: the lack of money changing hands in the transaction.

The four buildings would likely command a combined sale price of at least $50 million on the open market, assuming a $425 per-square-foot price average for the offices.

But getting a gauge on sales pricing for the Newport Center is tough, as so few buildings in the area come to market.

“Any deal there is more of an opportunity buy (than a traditional investment),” Jones Lang LaSalle’s White said.

Other smaller buildings in the immediate area have traded at prices in excess of $600 per square foot in the past few years, according to brokerage data.

Burnham USA owns 10 office properties in the area around Newport Center, totaling close to 250,000 square feet, according to the company’s website.

The company is believed to be the second-largest office owner in Newport Center, behind Irvine Co. It also co-owns the 16,500-square-foot Newport Beach Athletic Club, the oldest fitness facility in the city.

The company owns a variety of commercial properties beyond the Newport Center area, including the South Coast Collection shopping center in Costa Mesa.

The deal gives Irvine Co. two more offices on the 500 block of Newport Center, which is seeing a heavy amount of construction as the landlord adds a 19-story tower at 520 Newport Center Drive, next to its existing headquarters.

The roughly 300,000-square-foot office is scheduled to be finished by fall 2014, with an accompanying parking structure completed the following year. Specific leasing plans for the office tower haven’t been announced to date.

It’s one of two office towers Irvine Co. is building in Newport Center, along with a 380,000-square-foot headquarters being built for Pacific Investment Management Co. at 650 Newport Center Drive.

Irvine Co. could opt to consolidate its own operations into the new 520 Newport Center Drive building or lease out the space, depending on market conditions and its own needs.

Taking over ownership of the two medical office properties on San Joaquin Hills Road is expected to provide Irvine Co. a bit more flexibility during the remainder of construction for the office and parking structure.

There’s no plan to raze or significantly alter the two San Joaquin Hills buildings, and the property is getting upgrades to its landscaping, Lyster said.