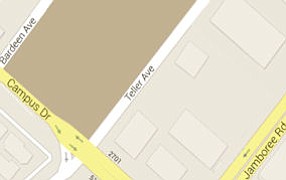 Newport Beach-based Greenlaw Partners LLC and its financial partners have closed on the sale of a 10-acre office site in the Irvine Business Complex that’s being eyed for a large residential development, and they are close to buying City Plaza tower in Orange.

The two transactions are believed to be valued at more at more than $110 million combined.

An affiliate of San Diego-based apartment owner Garden Communities of California recently bought a five-building collection of office, retail and light manufacturing buildings off of Campus Drive in Irvine, about a block from Jamboree Road.

The low-rise buildings—which run between Bardeen and Teller avenues—total about 138,000 square feet and are believed to have traded hands for more than $55 million, according to real estate sources.

The 10-acre site was sold by a venture of Greenlaw Partners, a privately held real estate firm that has been one of Orange County’s most active investors the past few years, along with an affiliate of Boston-based Guggenheim Real Estate LLC.

The estimated price indicates the offices traded hands for nearly $400 a square foot, although the underlying land at the site is believed to be the primary focus of Garden Communities, which would eventually have to tear down the buildings to make way for its residential plans. The estimated price comes to $5.5 million per acre.

The parcel Garden Communities bought is part of a larger, 23-acre site that is being considered for a residential redevelopment known as Irvine Technology Center.

The development could have as many as 1,800 homes or apartments—as well as 17,000 square feet of retail development—along the northwest corner of Campus Drive and Jamboree Road.

The proposed development—one of the largest residential projects on the books for the Irvine Business Complex—has been in the planning process for several years.

Greenlaw and Guggenheim still own the remaining 13 acres at the site, which holds another seven low-rise offices between Teller Avenue and Jamboree Road.

The two companies paid a reported $60 million for the entire 23-acre site in 2006, according to brokerage records.

A time frame for development at either portion of the 23-acre site has not been disclosed. Irvine’s planning department doesn’t have a date listed for a hearing on the project.

The recently acquired site is one of two Irvine sites near John Wayne Airport that Garden Communities and its affiliates are said to have bought in the past year in anticipation of residential redevelopment.

Another affiliate of the company bought a nearly 9-acre, two-building property late last year at 2500 Main St., where 457 apartments have been proposed.

Terms of that sale—which included the former headquarters of Quantum Fuel Systems Technologies Worldwide Inc., which now operates out of Lake Forest—were not disclosed.

Garden Communities is owned by the Wilf family, whose affiliated companies reportedly own more than 90,000 apartment units across the country, along with numerous commercial properties. The family’s best-known member is Zygi Wilf, owner of the NFL’s Minnesota Vikings.

A deal has been in the works for the 334,000-square-foot building—which fronts the Garden Grove (22) Freeway next to the Outlets at Orange shopping center—for several months.

The Business Journal reported in March that Greenlaw was the building’s most likely buyer.

A $75 million estimated sale price of the building was reported at that time based on other recent Orange County office sales of largely full buildings.

That estimated price looks to have been off the mark. Hudson Pacific said last week that it plans to sell the building for about $56 million before certain credits, prorations and closing costs are factored in.

The sale is expected to close on or before mid-July, Hudson Pacific said last week.

Hudson Pacific bought the City Plaza tower in 2008, when it was about 45% full.

The property, at 1 City Blvd. W., is now about 94% occupied and has Anaheim-based mortgage and consumer lender CashCall Inc. as its largest tenant.

The building is the only Orange County asset owned by Hudson Pacific, whose executive team previously headed up Arden Realty Inc.