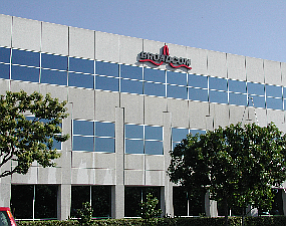 Broadcom reported revenue in the December quarter of $2.08 billion, up 14.3% from a year ago.

Analysts on average had forecast sales of $2.07 billion.

Adjusted profits topped $462 million, up 26% from a year earlier.

Wall Street had expected an adjusted profit of $411.7 million for the quarter.

The company’s shares were down slightly in afterhours trading to a market value of $19.01 billion.

The company provided guidance on revenue, gross margins, and research and development for the current quarter.

The company projected sales of about $1.9 billion in the current quarter, below analyst expectation of $2 billion.

Gross margins in the current quarter are projected to be about 49.5%, flat from the recently ended quarter.

Research and development is projected to range from $797 million to $812 million, up from $762 million in the recently ended quarter.

Broadcom said separately that its board approved a 10% increase to its quarterly dividend to 11 cents a share.