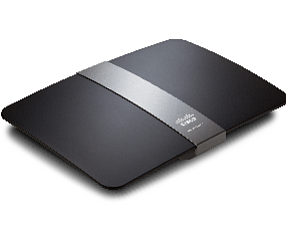 Cisco Systems Inc. has struck a deal to sell its home networking group based in Irvine to Belkin International Inc. in Playa Vista.

Financial terms of the sale of Linksys LLC, once a “key part” of San Jose-based Cisco’s consumer electronics strategy, were not disclosed.

The transaction is expected to close in March.

Linksys is expected to sell for much less than the $500 million Cisco paid local entrepreneurs Victor and Janie Tsao for the company in 2003.

The sale catapulted the duo to the Orange County Business Journal’s OC Wealthiest List, where they’ve held the designation since.

It said it plans to keep the Linksys brand and provide support for its product line-up as part of the transaction.

The deal is expected to bring Belkin share of U.S. home and small business networking market to 30%.

Linksys has its campus near the University of California, Irvine, where it became a hub for Cisco’s consumer efforts and employed an estimated 400 people last year. Top functions there included designing and marketing routers and other devices that allow users to link household computers and share Internet access.

Cisco had been looking to dramatically overhaul its business lines and exit less profitable, or lower margin, segments.

The shutdown of the company’s Flip video-camera operation last year resulted in Cisco cutbacks in Irvine and companywide.

The device was largely seen as a misguided $550 million investment from the world’s largest networking company amid skyrocketing growth for smartphones that provided similar features, with no added costs.