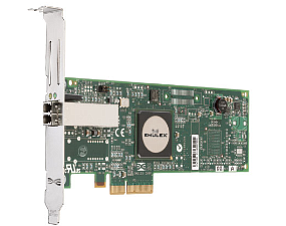 A major shareholder of networking equipment maker Emulex Corp. has asked the Costa Mesa-based company to make changes to its board or consider a sale on the heels of its $130 million acquisition of Endace Ltd.

New York-based Altai Capital, which owns about 5.3% of Emulex, called the deal for Endace "perplexing" and also urged the company to consider a stock repurchase.

Altai Chief Executive Rishi Bajaj, in a letter to Emulex counterpart James McCluney, said the company should add board members with a "greater economic stake" in Emulex or consider a sale.

Its technology is geared to record, visualize and monitor network traffic.

The company used about 60% of its cash on hand for the purchase—one of Emulex’s priciest in its 34-year history.

Emulex has seen another investor increase its stake in the company in recent months.

Late last year a New York hedge fund with a history of high-profile sales and acquisitions in the technology sector become Emulex’s largest investor. Elliott Management Corp. boosted its stake in the company past 11%, taking an additional 1.3% stake, according to regulatory filings.

Irvine-based chipmaker Broadcom Corp. in 2009 tried to buy Emulex for $764 million, but its hostile bid was rejected.

Emulex shares were down about 1.2% in midday trading Tuesday to a market value of $581.6 million.