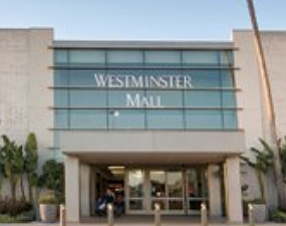 The Westminster Mall is the only one in California that will be spun off from Simon Property Group Inc. into a new real estate investment trust, according to the company.

The new publicly-traded REIT is called SpinCo and will have 44 malls and 54 strip centers in its portfolio. The SpinCo properties each have annual net operating income of about $10 million or less.

SpinCo allows publicly traded Simon Property Group to put a separate focus on its larger centers and dividend growth for it shareholders, the company said in its announcement on the transaction.

Simon’s other mall properties here are the Shops at Mission Viejo and The Outlets at Orange.