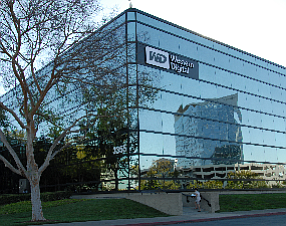 Hard drives store data on spinning disks, unlike SSDs, which use chips.

The company said it has more than 300 manufacturers using its hybrid storage systems that feature multiple disk drives and cached memory. The devices, which leverage the high performance of SSDs and the lower cost of disk drive storage, are billed as using 75% less capacity as legacy products.

Western Digital shares were up less than 1% in afternoon trading Tuesday to a market value of $16.17 billion.