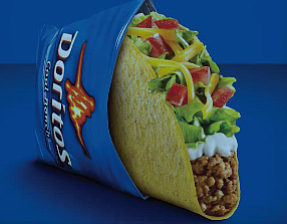 The chain’s performance led Yum! Brands Chief Executive David Novak to highlight Taco Bell as “looking more and more like a power brand” during a call with analysts on Tuesday.

Meantime, Yum! Brands’ other U.S. chains—Pizza Hut and KFC—saw sales soften during the quarter with same-store sales for each falling 1%.

“In the past year, I don’t think anyone has done a better job of innovation than Taco Bell,” Yum! Brands President Rick Carucci said during yesterday’s earnings call.