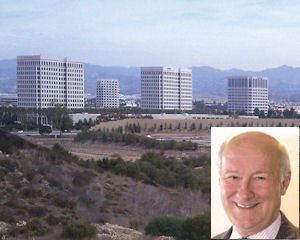 Irvine looks set to retain its place among California’s fastest-growing cities for the foreseeable future, but there are limits to the masterplanned city’s growth.

The city saw a 2.5% bump in population to 223,729 last year, and once again ranked as Orange County’s fastest grower, according to this week’s Business Journal list (see related story, left; list starting on page 8).

The addition of 5,376 residents last year also gave Irvine the fastest-growing headcount among California cities with a population under 300,000. Its new arrivals nearly equaled the population of Villa Park, the smallest incorporated city in OC, with 5,867 residents, according to state figures.

Only six of California’s more than 400 cities of any size showed a bigger percentage increase last year than Irvine, which is OC’s third-largest city. Anaheim is the largest OC city, with 343,793 people. Santa Ana is No. 2, with a population of 327,731.

“Assuming market conditions continue to hold, my guess is that there’s another 10 to 20 years of development (in Irvine),” said Mike LeBlanc, an Irvine Company senior vice president who heads up much of the Newport Beach-based developer’s entitlement efforts.

The city has bucked state and national trends the past few years by rapidly adding new for-sale housing amid an otherwise down market, with more than 2,100 homes sold on Irvine Co. land since 2010.

The Irvine Ranch was the fourth best-selling masterplanned community in the country last year with 764 sales, according to Irvine-based John Burns Real Estate Consulting LLC.

Sales are stronger in 2012, according to Irvine Co., which owns much of the city’s undeveloped land and has overseen a majority of its development over the past 40 years.

More than 1,000 homes have been sold at Irvine Co.’s Stonegate, Laguna Altura and Portola Springs neighborhoods so far this year, according to the developer.

Stonegate and Laguna Altura—which both opened last year and are largely being built by the developer’s Irvine Pacific homebuilding division—are each over 50% built out now, LeBlanc said.

“We’ve seen some upticks (in sales) of late,” he said. “The market is always telling us how we’re doing, and if we need to tweak plans.”

The latest tweak in Irvine—as is the case for much of OC—is an emphasis on building for-rent housing.

“Over the next five years, much of the new residential development will be higher density, particularly large apartment and condominium project developments,” the city said in its 2012 Strategic Business Plan.

The city expects dwelling units in Irvine to increase by a rate of about 2% over each of the next five years, driven by apartment and condo development.

Those multifamily projects should have a smaller impact on Irvine’s population growth than if a similar number of single-family homes were built.

Equipment for firefighters needs to be upgraded to account for taller and denser buildings. Community services require adjustments to account for more multifamily projects, which, for example, are likely to include their share of older residents who live on their own, Joyce said.

The city also works with developers and the police department to ensure that new multifamily housing projects have lines-of-sight and other features that foster resident safety, Joyce said.

Irvine Co. is the largest apartment owner in OC, with dozens of complexes here. It now has more than 4,000 units under construction or in the works in Irvine.

Earlier this year it opened Cypress Village Apartment Homes, a new complex in northeast Irvine that is set to include 1,677 apartments when it is completed. Next year will see the opening of Los Olivos, a 1,750-unit project being built in the Spectrum by Irvine Co. near the site of the former Wild Rivers Waterpark.

2014 should see the opening of a 980-unit Irvine Co. complex in the Park Place campus near John Wayne Airport, one of several large projects being developed by a variety of builders in the Irvine Business Complex, which is currently zoned to hold 15,000 residential units.

The biggest variable in Irvine’s growth over the next decade or so is likely to be the development of a large portion of the former El Toro Marine base into the 3,700-acre Great Park Neighborhoods.

The project’s Aliso Viejo-based development manager, FivePoint Communities Management Inc., is negotiating with the city to allow it to build 10,700 homes on its land.

The city’s current strategic plan and its projections on population growth are based on what the city has now approved for the Great Park Neighborhoods, according to Joyce.

“We don’t get out ahead (of the city council) on discretionary land use,” Joyce said.

Annual strategic plans would be adjusted in the future if the city approves more homes around the Great Park, he said.

Irvine Co.’s LeBlanc said the company isn’t worried about other Irvine developments that it doesn’t control resulting in over-building in the masterplanned city.

“The city has become the steward of that (master) plan,” LeBlanc said.

LeBlanc said he expects the city to provide the same manner of review for other developers as it does for Irvine Co. projects.