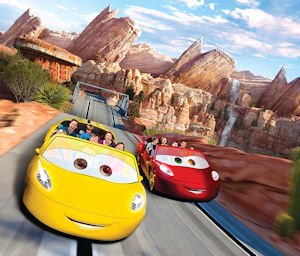 The 60 biggest employers here added 1,477 jobs in 12 months through October, according to this week’s Business Journal list. It was the second consecutive year of jobs growth after two years of declines.

Overall, OC added 20,500 jobs in the same span in a 1.5% increase from a year earlier, according to the state Employment Development Department.

The companies on this year’s list have an estimated 228,545 employees, representing 16% of OC’s total work force of about 1.4 million people.

Seventeen listed companies added employees, 16 shed jobs and six reported employee counts that were even with a year earlier. Twenty-one other companies on the list were ranked by Business Journal estimates.

Burbank-based Walt Disney Co. maintained its title as the county’s largest employer, adding 3,000 jobs in a 14% increase from a year earlier.

An increase in attendance and extended operating hours at California Adventure also contributed to the gains, she added.

No. 2 on the employers list is University of California, Irvine, which added 509 jobs for a total 21,800 positions in a more than 2% rise from a year earlier. The third-ranked employer, St. Joseph’s Health, went in the opposite direction with a 3% downtick to 11,679 employees after a reorganization of some of its operations at four hospitals.

No. 4 Chicago-based Boeing Co. shed 863 jobs to 6,873 people, down 11%. The aerospace and defense giant has slashed more than 3,000 jobs here in the last four years amid a military shift away from big weapons and systems to stealth warfare and an ongoing consolidation in Southern California.

The Business Journal recently reported Boeing plans to slash $1.6 billion in expenses by 2015 through management cuts and property sales. The company plans to sell two buildings in Seal Beach that are part of its St. Louis-based Defense, Space & Security unit.

Eden Prarie, Minn.-based Supervalu Inc. moved down four spots to No. 16 after shedding 893 jobs, down almost 18% from a year ago.

The company, which operates grocery chain Albertsons, announced plans in June to lay off between 2,200 and 2,500 workers across its 247 Southern California stores. Albertsons operated 29 stores in OC at the time of the June announcement.

Albertsons in September announced plans to close 18 underperforming stores in the region, including locations in Anaheim, Buena Park.

Nordstrom Inc. moved up 12 spots to No. 14 after adding 207 workers to 4,327 people, up 5% from a year ago. Jobs were added in its regional corporate offices, full-line stores and Nordstrom Rack brand.

Washington, D.C.-based Marriott International Inc. fell 10 spots to No. 28 after shedding 780 jobs to 2,940. The nearly 21% drop, the largest percentage dip on the list, came after the hotel chain spun off its timeshare unit, Marriott Vacation Club, late last year.

Acquisitions helped Santa Ana-based Universal Services of America move up five spots to No. 39 on this year’s list. The company, which provides security and janitorial services, added 304 employees in a 17% increase from a year earlier.

And its protection division acquired San Diego-based Heritage Security Services in May.

“The acquisition not only made Universal Protection Services the leading provider of contract security services in San Diego County but further enhanced our technology,” spokesperson Natasha Ganes said. n\