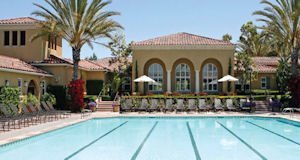 HOW: Started selling land to oil companies for service stations in 1962. Bid on state land as freeways were built in OC. Went on to buy land for restaurants, stores. Founded Arnel & Affiliates in 1968. Costa Mesa-based company owns, manages 5,200 apartments in OC, more than 2 million square feet of commercial space. Formed venture firm Westar Capital in 1987. Remains a limited partner. Has estimated worth of $1.2 billion.

COMMUNITY: Major contributor to Chapman University, where business school, student center, Argyros Forum bear his name. Has also given to Segerstom Center for the Arts. Supported college scholarships to Horatio Alger Association of Young Scholars, with money designated for Southern Californians. On numerous local, national boards; named to Founder’s Circle of Board of Regents for OC Council of the Boy Scouts of America in January.

INTERESTS: Active in politics. Served as U.S. Ambassador to Spain from 2001 to 2004. Helped raise millions for Republicans, backing Romney. Was prominent figure in push for El Toro airport in early 1990s.

EDUCATION: Graduated from Chapman in 1959 with a major in business and economics. Honorary doctor of laws degree from Pepperdine University.

HOW: Founded homebuilder California Pa-cific Homes in 1958. In 1961 started Mission Viejo Co., with O’Neill-Moiso family and others; later sold stake to partners. Part of 1977 group that bought Irvine Co. Bought out most partners for $518 million in 1983. In 1991, paid $256 million court award to heiresses Joan Irvine Smith and mother Athalie Clarke for their shares. Became 100% shareholder in 1996.

PERSONAL: Made rare public appearance last October for national urban planning award from the Urban Land Institute. Introduced by developer and friend Rick Caruso, who called him “one of the most consequential developers in American history.”

EDUCATION: Business administration and economics degree from University of Washington.

WHY: In charge of developing homes, commercial space at Great Park Neighbor-hoods at former El Toro Marine base in Irvine.

RECENT: Long-awaited residential and commercial development planned around the Orange County Great Park moving ahead. Groundbreaking for project, which has been in the works for more than six years, held in February. Plans call for about 5,000 homes and 1.2 million square feet of shops, offices and other commercial development in initial phase. Work for land slated to hold about 720 homes—starting in the northwest corner of the former base—under way now, to be sold to individual builders by the end of the year.

WHY: Local head of housing giant, whose day-to-day operations are largely run out of Aliso Viejo. Major investor in former El Toro Marine base, Platinum Triangle.

Joined with Emile Haddad (see related entry) in 2005 to lead $1 billion buy of former El Toro base. Among deals that propelled Lennar alongside Irvine Company, Rancho Mission Vi-ejo as one of largest developers here.

First homes should be ready for sale in about 14 months. Recent shifts in land ownership with another partner, LNR Property, means fewer high-rise plans on board for planned A-Town project near baseball stadium in Platinum Triangle in Anaheim.

COMMUNITY: On national advisory board of HomeAid America.

EDUCATION: Undergrad degree from University of Florida, graduate studies in architecture at Georgia Tech. Joined Lennar out of college.

Named to California Building Industry Foundation Hall of Fame in 1985. Started William Lyon Homes in 1993. In 1999 combined with Presley under William Lyon Homes, just in time for housing boom. Took company private in 2006.

RECENT: Spent much of past four years shoring up namesake Newport Beach homebuilder amid industry downturn. Short stint in bankruptcy ended in February, saw debt commitments slashed by about $180 million in prepackaged reorganization plan. His stake in company fell from 95% to about 20% with bondholders grabbing stake in builder. Company still selling homes, has plans for big projects in OC.

WHY: Heads all operations of the Moiso, O’Neill and Avery families’ business ventures, OC’s No. 2 landowner after Donald Bren.

RECENT: First new batch of homes in more than five years moving ahead on land along Ortega Highway in South County, near the developer’s headquarters. New 690-acre residential project called Sendero, scheduled to open in summer 2013. Some 940 homes are slated to be built in the project, along with 200 apartments. Sendero is the first of several communities in store for about 6,000 acres of as-of-yet undeveloped Rancho Mission Viejo land.

PERSONAL: Born in northern Iran, then under Soviet occupation, during WWII. Parents had left Soviet Union for Iran after Russian Revolution due to ties with Czar Nicholas II. Went to Iranian mining town, then came to U.S. when Olenicoff was 15. Worked for Shell, Touche Ross, Motown Records, where he was bean counter for Berry Gordy. Founding partner in real estate syndicator Gemini Pacific. VP of operations at Dunn Properties before starting Olen.

COMMUNITY: Gave more than $60 million, land to Segerstrom Center for the Arts over years. Carnegie Hall Medal of Excellence in 2010 for support of arts.

WHY: Head of largest homebuilder based in Orange County, one of Cali-fornia’s most active land buyers.

HOW: Took over top spot at start of year. Steady rise over 25 years at Standard Paci-fic, whose common stock is now valued at about $1.9 billion.

PERSONAL: Worked on creating master-planned communities, negotiating land sales to homebuilders for Irvine Company. Began at Standard Pacific as project manager for OC. Promoted to OC division president, then put in charge of all of Southern California. Named COO in 2007, president in 2011.