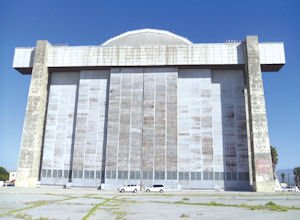 Irvine-based Broadcom Corp. has nearly five years left on a lease for its recently built headquarters in University Research Park, but the chipmaker apparently is already toying with the idea of building an entirely new headquarters campus elsewhere in Orange County.

The company—which is OC’s third-largest publicly traded company by revenue, and had a recent market value of nearly $19 billion—has been in discussions with Tustin city officials over buying a sizeable portion of land at the city’s former Marine helicopter base.

Speculation among area brokers is that Broadcom is considering the development of 1 million square feet or more of office space at the 820-acre Tustin Legacy site.

Such a deal would be the largest non-retail commercial real estate project announced at Tustin Legacy, which has seen work delayed over the past few years due to the down real estate market.

It also would be the largest office project built in OC since Broadcom’s current campus in University Research Park opened its doors in 2007.

Little else is known about a potential Tustin deal, including the exact size and location of the land that has drawn Broadcom’s interest, the time frame for any deal getting done, and a potential sale price for the land.

The company’s negotiations with Tustin have been held in closed sessions over the past month or so.

Tustin officials said they were unable to comment on the negotiations at this time.

Broadcom officials confirmed last week that the company had put an initial bid in for land at Tustin Legacy late last year, but declined to provide additional information.

“As the company continues to grow, it continually evaluates real estate options to invest in its future and the needs of its workforce,” a company spokesperson said.

• Notable: considering development of 1 million square feet or more of space in Tustin

It’s not known whether the company has been eyeing any other sites for a potential new office project.

Broadcom employs about 2,300 people in Orange County and about 9,000 worldwide.

It’s fourth-quarter results, due to be released this week, are expected to show revenue of about $1.8 billion.

The company currently leases close to 900,000 square feet of space in University Park, a business park next to the University of California, Irvine, that runs along the San Joaquin Hills (73) Toll Road.

In 2005 Irvine Co. signed Broadcom up as a tenant for a new, eight-building campus at the business park under a lease valued at the time at about $183 million.

The initial 10-year lease, which started in 2007, was for about 685,000 square feet of space. Broadcom has since leased another four buildings in the area.

The company is said to be near capacity at its headquarters.

Broadcom’s continued growth comes from increased demand for its chips, which go in tablet computers, smart phones, set-top boxes, broadband modems, networking gear and other products, as well as a number of sizeable acquisitions in the past few years.

Last September saw the company announce its priciest acquisition to date, a $3.7 billion cash offer to buy Santa Clara-based chipmaker NetLogic Microsystems Inc. That deal is expected to close in the first half of the year.

Real estate watchers aren’t convinced that Broadcom will be on the move again when its lease expires in 2017.

Moving ahead with a land deal now, and then construction in a few years, could mean the project’s completion would coincide around the same time as the end of the lease at University Research Park.

But sources said the company’s discussions with Tustin could be part of a negotiating ploy with Irvine Co. to get better lease terms for any subsequent renewal at the University Park campus.

On the other hand, the deep-pocketed chipmaker is one of only a few area businesses that could afford to build headquarters in the million-square-foot range, real estate sources note.

Along with Broadcom, the largest technology company said to be on the market for new space is Irvine’s gaming company Blizzard Entertainment Inc., which occupies Broadcom’s old headquarters in the Irvine Spectrum.

Estimates for the size of the complex Blizzard is looking for run from 700,000 square feet to 1 million square feet, according to real estate sources.