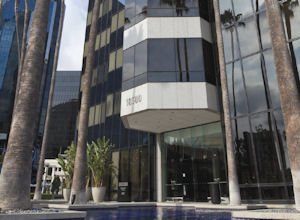 Chula Vista-based First Pactrust Bancorp Inc. plans to relocate its headquarters to Irvine, a move that would place its subsidiary Pacific Trust Bank among the largest commercial banks based in Orange County.

The bank expects the move to be completed in the first quarter of 2012.

Mitchell said he expects the Irvine location to “accommodate the staff from the Gateway acquisitions.”

Pacific Trust had about $930 million in assets at the end of the third quarter, up 7.7% from the same time a year earlier.

Completion of its pending deals is expected to bring the bank’s assets to more than $1.3 billion.

That would be good enough to place Pacific Trust in the No. 2 spot on the Business Journal’s ranking of commercial banks based in OC.

· Notable: plans to move headquarters to Irvine early next year

Opus Bank holds the No. 1 spot with assets of about $2.2 billion. Pacific Mercantile Bank follows with about $1 billion in assets.

Pacific Trust will lease 40,000 square feet from the Irvine Company on the top two floors of 18500 Von Karman Ave.

It has about 13,000 square feet at its current headquarters in Chula Vista.

About 150 employees will work at the office in Irvine, including some employees from the Santa Ana and San Diego offices.

“The San Diego office will be downsized, and we anticipate most of our employees to move up to OC,” Mitchell said.

Pacific Trust plans to open a new branch in Tustin early next year as part of a push into the Orange County and Los Angeles markets.

Mitchell said he expects to add four more offices throughout Southern California in the near future.