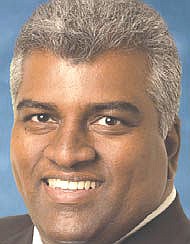 Santa Ana’s CoreLogic Inc. still is a work in progress a year after becoming a stand-alone company.

The provider of consumer, financial and property data for real estate, mortgage and other companies has spent the past year adding and exiting businesses as it weighs the best mix of products and services.

CoreLogic bills itself as having built the largest real estate, mortgage application, fraud and loan databases in the country.

Last week, CoreLogic had a $2.1 billion market value, making it among the larger publically traded companies in Orange County.

But some analysts contend CoreLogic could be doing better.

The company continues to feel the lingering effects of the housing and mortgage collapse, most recently in the form of a $129 million lawsuit filed against it this month by the Federal Deposit Insurance Corp. related to housing appraisals for mortgages.

CoreLogic recently reported a first-quarter profit of $23.3 million, down 20% from a year earlier and largely in line with Wall Street expectations.

Quarterly revenue came in at $404 million, up about 1% from a year earlier and topping expectations by about 8%.

“It was a good quarter,” Nallathambi said.

Executives appear confident that profits could grow through the rest of 2011, even though the housing market remains soft.

The split also created Santa Ana-based title insurer First American Financial Corp. The move was made to free up CoreLogic, which often got overshadowed on Wall Street by First American’s title insurance business.

CoreLogic still is getting its footing on Wall Street.

At the end of the first quarter, CoreLogic counted seven analysts who follow the company. Based on questions during its recent conference call, analysts still are getting a handle on CoreLogic’s business lines, balance sheet and expenses.

CoreLogic’s shares are down about 10% in the past year. They’re flat since the start of the year.

That’s “generally disappointing,” according to a report from New York’s TheStreet Ratings, given the gains seen by other information technology companies and the S&P 500, which is up 15% in the past 12 months.

TheStreet last week upgraded its outlook on CoreLogic’s stock from “sell” to “hold” but noted “investors have so far failed to pay much attention to the earnings improvements the company has managed to achieve.”

Earnings reports that provide few clear comparisons to prior quarters could be having some effect on the market’s indifference.

The company has seen a series of current quarter and year earlier charges and gains that have yet to give way to regular consistency.

CoreLogic’s increasingly emphasizing its more profitable data and analytics line of businesses, which includes risk and fraud products, as well as specialty finance products for the auto and other industries, according to Nallathambi.

CoreLogic’s data and analytics division was responsible for about 43% of the company’s $1.6 billion in revenue last year. It was the company’s most profitable division in the first quarter.

With continued challenges in housing and mortgages, the group’s expected to provide a larger source of profits this year, according to Nallathambi.

The company’s business and information services division, which represented 55% of its revenue in 2010, isn’t expected to be as big a money maker for CoreLogic this year.

The lower-profit business lines in that division include CoreLogic’s appraisal services group and its escrow services businesses, among others.

First-quarter revenue for the appraisal services group was off 27% to $25.8 million, with fewer mortgages being made at some large customers, according to CoreLogic.

That could prompt the company to forgo some appraisal business, he said.

Last week, the FDIC filed a lawsuit against CoreLogic seeking to recover at least $129 million in losses tied to appraisals that a CoreLogic affiliate conducted for Washington Mutual Inc., now part of JPMorgan Chase & Co.

The case involves 194 appraisals CoreLogic’s eAppraiseIT unit did for WaMu in 2006 and 2007. The FDIC charges the appraisals broke federal and state laws, regulatory guidelines and general appraisal industry standards, according to the suit.

A similar suit was filed last week by the FDIC against Jacksonville, Fla.-based Lender Processing Services, a competitor of CoreLogic that has an Irvine office.

The suit mirrors a similar case filed against First American in New York in 2007 by the state’s attorney general. That case is ongoing.

CoreLogic said in a regulatory filing last week that it believes “the FDIC’s factual allegations, legal theories and damage calculations have many flaws.”

The company said it intends to defend itself against the suit.