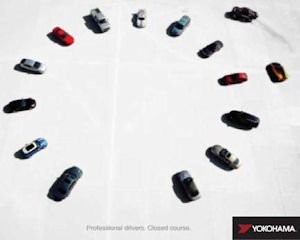 Surf-inspired clothing maker Billabong International Ltd. is dabbling in the music business in hopes of expanding its appeal with younger customers.

The agreement calls for the brands to collaborate on live events, films, music compilations, sports and music merchandise, and music services such as downloads.

“Music is an integral part of our lifestyle and culture, and this partnership will no doubt enhance our brand’s position,” said Billabong Chief Executive Derek O’Neill in a statement.

Billabong has folded other brands into its portfolio over the years, including Irvine-based Element, Encinitas-based Nixon and most recently Costa Mesa-based RVCA Clothing.

Billabong’s U.S. division reported revenue up 38% from a year earlier to $408 million for the second half of last year.

Its Australia-based parent reported revenue of $834.9 million, up 24% from a year earlier, for the same period.

Fullerton-based Yokohama Tire Corp. has a new television spot intended to help boost sales even with a recent price increase.

The tire manufacturer, part of Tokyo-based Yokohama Rubber Co. Ltd., recently increased prices as much as 8% on tires for most cars and light trucks as well as off-road vehicles and light and medium commercial trucks.

“The price increase is due to the continued escalation of raw materials, as well as other costs associated with the manufacturing and transportation of consumer tires,” said Shawn Denlein, Yokohama director of sales and consumer products.

The new ad features off-road, Yokohama-sponsored drivers Cameron and Heidi Steele driving in a circle of other vehicles in a take on the children’s game duck, duck, goose.

The ad is set to run through October on ESPN, ESPN2, TNT, CNBC and other networks.

Another version of the spot is airing in the Boston and Houston markets because of Yokohama’s sports marketing agreements with the National Basketball Association’s Celtics and Rockets.

Pennysaver’s SaverTime website is separate from the online site for its print publication.

SaverTime will feature a new deal from local business owners Monday through Friday, with separate versions for the north, south and central areas of Orange County.

Customers aren’t charged to use SaverTime.

PennySaver makes money through a shared revenue arrangement with advertisers whenever a purchase is made through SaverTime.

The company is offering consumers an incentive to get their friends to use SaverTime with a program that gives a credit on referrals that lead to a purchase.

“We think it’s the right investment and will make us stand out from the competition,” Dalton said.

PennySaver sees the deals site as a way to remain competitive as more services traditionally advertised in print move online.

“We feel the print portion of our business will continue to be a very important part,” Dalton said. “What’s interesting is as newspapers continue to struggle and have their readership and subscriptions go down over the years we continue to find ways to grow the business.”

PennySaver’s print publication remains a good value for small business owners that have less to spend on advertising because it’s sent directly to homes on a weekly basis, Dalton said.