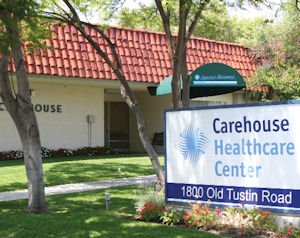 A final decision on Medicare reimbursement could jump-start a potential sale of Foothill Ranch-based Skilled Healthcare Group Inc. later this year, according to an analyst.

Skilled, which runs about 100 nursing homes in California, Texas and five other states, said in April that it hired J.P. Morgan Securities LLC, part of New York-based JPMorgan Chase & Co., to look at a possible sale of its real estate holdings or the entire company.

Some investor websites indicated that Skilled, which has annual revenue of $820 million, was putting off any potential sale because of uncertainty over a Medicare reimbursement proposal from the Centers for Medicare and Medicaid Services.

The pending change—which could result in either an 11.3% reimbursement cut for nursing home operators or a 1.5% increase—is winding its way through the regulatory process.

Internet reports of a delay were given less weight by Frank Morgan, an analyst with Toronto’s RBC Capital Markets, in a client note.

Skilled “has not issued a press release to that effect, and having spoken with management, we believe the reports are unsubstantiated,” Morgan said.

But “a slowdown in the process until a final (reimbursement) rule emerges in late July/early August makes sense, in our view,” he said.

A clear picture on Medicare reimbursement, along with similar decisions for programs subsidized by California and other states, are expected later this summer.

“The strategic review process will come to fruition” once those decisions are made, Morgan said.

Skilled is the second-largest nursing home operator based in the county after Irvine-based Sun Healthcare Group Inc. and ahead of Ensign Group Inc. of Mission Viejo.

News of the pending changes on reimbursements sent nursing home stocks down at the end of April. Skilled’s shares still are up about 20% for the year, with a recent market value of around $430 million.

Potential cuts on reimbursement rates are the “most significant and obvious risk” to any sale, even though Medicare only makes up 16% of the company’s revenue, Morgan said in his report.

“We believe there is reasonable hope the industry will negotiate a result much less draconian than the 11.3% proposal, including a smaller rate reduction,” he said.

If Skilled chooses to sell only its real estate, it won’t be the first Orange County-based nursing home operator to do so.

Sun split off its real estate as Irvine-based Sabra Healthcare REIT Inc. in late 2010. Sun continues to run its nursing homes and other facilities and now leases space from Sabra.

Earlier, Morgan and other analysts had said that Skilled’s real estate could be the key in attracting a buyer.

Skilled’s 77% ownership of its real estate “represents a very attractive asset that management could monetize, and with recent real estate deals in the skilled nursing industry we believe this is the right time to do so,” Morgan said.

Morgan’s report also mentioned other risks to a potential sale of Skilled, including Medicaid reimbursement in California and Texas, its two largest markets.

Medicaid, a healthcare program for the poor and disabled, counts on federal and state funding.

Medicaid made up 60% of Skilled’s first-quarter revenue of $222.6 million.

Gov. Jerry Brown has issued a revised budget that would eventually reverse effects of a 10% reduction on nursing home reimbursements, according to Morgan.

He called that plan “a temporary cash flow issue” as nursing home operators book MediCal revenue and then collect the amounts of the temporary cut in 14 months.

Morgan also noted that the Texas legislature is negotiating a budget that includes no cuts to Medicaid skilled nursing reimbursement. Texas represents 30% of Skilled’s total beds.

Last year, Skilled settled a lawsuit that threatened to cripple the company.

Skilled paid $50 million to end a lawsuit over staffing levels at its 22 California nursing homes.

Originally, a Humboldt County jury found Skilled should pay $677 million in damages, an amount that threatened to bankrupt the company.