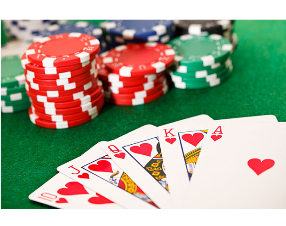 Irvine-based WPT Enterprises Inc., which runs the World Poker Tour, has been acquired for $35 million by one of China’s largest gaming companies.

The cash purchase by Ourgame International Holdings Ltd., a unit of Beijing Lianzhong Interactive Network Co., Ltd., marks the second time the company has changed hands since 2009, when it was acquired for $12.3 million by U.K.-based Bwin.party Digital Entertainment Plc.

WPT will maintain its Irvine headquarters and Los Angeles production offices and continue to operate as a stand-alone company, officials said.

Under the management of Bwin.party, WPT has grown from 16 Main Tour events to more than 70 Main Tour, Alpha8, WPT National and WPTDeepStacks events, expanding into Europe and Asia. It has established ties with several leading brands, including Monster Headphones, DraftKings, Fiat and Royal Caribbean International.

The deal extends a December partnership with Ourgame to license products and services on an exclusive basis in more than a dozen countries across Asia.

Ourgame, which had a recent market value of about $707 million on the Hong Kong Stock Exchange, counts more than 500 million players who compete in online card and board games.

It was established in 1998 and helped facilitate WPT National China at the MGM Grand Sanya Resort, which links hundreds of social gamers with some of the best professional poker players in the world.