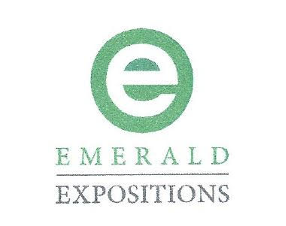 Emerald Expositions Events Inc. in San Juan Capistrano is slated to raise about $300 million in its initial public offering, according to documents filed with the Securities and Exchange Commission.

The trade show operator applied to be listed on the New York Stock Exchange under the symbol EEX, and is offering 15.5 million shares at a price range of $18 to $20.

Emerald earned $22.2 million last year on $323.7 million in revenue. It said it will use proceeds from the IPO to pay down its loans, “with the balance, if any, for working capital and other general corporate purposes.” The offering’s main underwriters are BofA Merrill Lynch, Barclays Capital Inc., and Goldman, Sachs & Co.

Toronto-based private equity firm Onex Corp. purchased Emerald in 2013 from Nielsen Holdings NV for $950 million. Onex and its affiliates will own about 77.7% of Emerald’s stock after completion of the IPO, which values the company at about $1.4 billion.