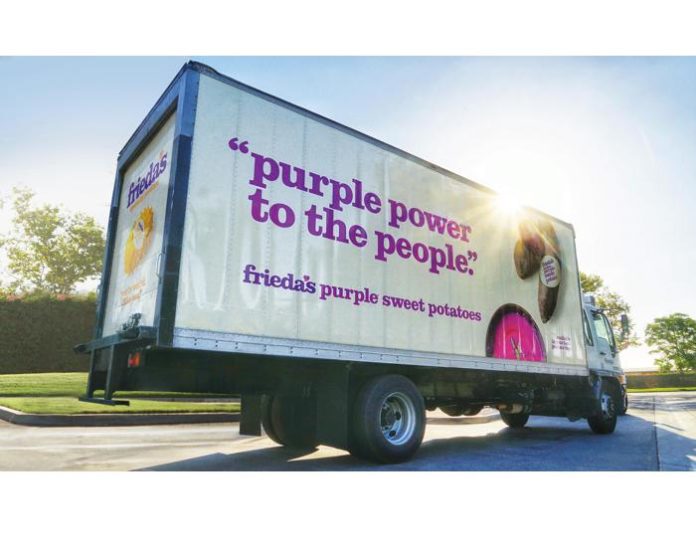 In a matter of two weeks in March, Los Alamitos-based specialty produce supplier Frieda’s Inc. slashed its specialty offerings from 500 items to about 130.

Refining its exotic produce selection was something that Chief Executive Karen Caplan—daughter of the late “Kiwi Queen” Frieda Rapoport Caplan, who is credited with introducing the fuzzy brown fruit to the states—had been considering for some time.

COVID-19 forced the 13th largest women-owned business in Orange County, with $52 million in sales last year, to act on that plan.

“The pandemic has forced me and others to be more focused and disciplined,” Caplan said.

“Yes, I’m always looking for future opportunities, but I’m looking at them against a filter, which is ‘Where can my company be the supplier of choice to our best target customers?’”

Those target customers include big-name clients and health-conscious brands such as Costco, Kroger, Whole Foods and Sprouts.

“We realized we can do a better job as a strategic [supplier],” said Caplan of the business decision, by “paying attention to our top customers and helping them co-market our products.”

“That’s what made our company successful in making this shift.”

The streamlined business plan has been a success: Frieda’s projects 2020 revenue will be up almost 20%.

“My mother started the company in 1962, and we started with selling mushrooms in the ’60s, which was rare, and then introduced the kiwi fruit to America. We’ve built out reputation on introducing every new, weird, unique produce item over the last 58 years,” Caplan said.

“But we started looking at the numbers, and we found that our business was 93% retail and about 7% food service, and the 80-20 rule applied to us. In other words, most of our business comes from our top selling items.”

A data-driven approach to running the business led Caplan to cut the company’s products 74% to about 130 items, after much discussion, customer feedback, an internal vote and above all a focus on return on investment, Caplan said.

That meant an end to sales of lesser-known items like raisins on the vine, yellow watermelon and organic cucumbers.

As for Frieda’s remaining, top-selling items, they’re certainly some of the most exotic in the world, sourced from farmers and growers spanning Ecuador to Thailand.

Other items that have gained popularity in recent years include jackfruit and young coconuts, Caplan said.

Her description of jackfruit is more than enough to pique a foodie’s interest: “it has the texture of meat, so it feels like you’re eating pulled pork, but it tastes and smells like Juicy Fruit gum.”

And yes, she confirms, rest assured the kiwifruit that Frieda’s introduced to the states some 58 years ago remains on the menu—seasonally available in spring and autumn.

Frieda’s was on a roll in February into March, hardly able to keep up with demand and on tap to surpass last year’s revenue, which was up 4% from 2018. That was before food service halted and retail orders slowed at the end of the month, as the pandemic began to affect the country.

Retail customers quickly came back, after realizing that homebound consumers still sought a variety of products—a desire that has only grown in recent months, Caplan said.

“None of us really appreciated how much we eat out until now,” she said.

“Now we have to experiment, and we’re all looking for recipes online or on the Food Network. It’s surprised our customers how interested consumers are in buying a variety of products—and that’s great for our business.”

An additional spike in sales has come from providing food to meal kit companies like HelloFresh and Blue Apron.

Locally, Anaheim-based meal kit maker Fresh n’ Lean is proof of the trend, recording a 264% jump in revenue to $26.6 million for the two years ended in June 2019, and expectations of nearly $80 million sales this year (for more on Fresh N’ Lean, see the July 13 print edition of the Business Journal).

Food service has slowly crawled back, despite recent reintroduction of restrictions to indoor restaurant dining. Retail still makes up more than 95% of the company’s business, Caplan said.

One of the biggest challenges for Frieda’s during the pandemic has been keeping in touch with its global network of growers and farmers over Zoom, and ensuring that its produce is imported.

Early on in the pandemic, Frieda’s growers had to charter a plane from Fiji to ship its turmeric, due to a dramatic reduction in passenger flights with cargo space that typically carries their products.

Frieda’s office employees returned to work in June, with social distancing and sanitation procedures in place, and despite the dramatic reduction in its legacy products, Frieda’s is reaping the benefits of a more focused, disciplined and refined business, Caplan said.

“Internally, our salespeople can really focus on those top-selling items, and with broader availability of those items, we can focus more marketing and packaging around that.”

In addition to a sales and marketing shake-up, warehouse operations were streamlined and buyers were given more time for planning and negotiation, she added, describing the final result as a “trifecta of fantastic.”

Caplan went on, “In business, I find sometimes an owner or founder has an emotional attachment to a product, but in times like these, it’s a great opportunity to run the business by the numbers.”

Frieda Rapoport Caplan, founder of Frieda’s Inc., known in many food circles as the “Queen of Kiwi” and “Mother Gooseberry,” died Jan. 18, 2020, in Los Alamitos after a brief illness. She was 96.

Frieda’s Inc. hosted a life celebration for the trailblazing icon on Feb. 22, which included some 1,000 guests and 17 speakers from various parts of her life.

She was born in downtown Los Angeles in 1923 and stumbled into the produce industry after serving as a cashier.

She launched Frieda’s in 1962 with a loan from her father, where she marketed and sold hundreds of exotic produce items with instructional packaging that encouraged customers to get cooking with the products.

In 1979, she was the first woman to receive The Packer’s Produce Man of the Year award, which was shortly after renamed the Produce Marketer of the Year—an award that Caplan was happy to accept, after the title change.

Caplan also received a Lifetime Achievement Award from United Fresh Produce Association and a Legacy Award from National Association of Women Business Owners, among others.

Frieda is survived by her two daughters, Karen and Frieda’s Chief Operating Officer Jackie Caplan Wiggins, who purchased the business from their mother in 1990.

Karen’s oldest daughter Alex Berkley is also part of the business, as director of sales.

CEO Karen Caplan worked with her mom side-by-side for 43 years.

“I have no regrets,” Caplan said of her choice to go into the family business. “I started working with my mom when I was 21 and I lived in her shadow. It was hard managing the dynamic between parent and child, but I learned that my mom was the best mom for me, because I ended up turning out the way I did. Now my oldest daughter is pregnant, and she’s telling me she’s not going to do anything the way I did. I can’t wait to hear about that,” she laughed.

As for her mom, “I went through a journey, I accepted her, and I had the best, most special relationship with her,” she added.

At the helm of Frieda’s, Caplan is carrying on her mother’s legacy as a thought leader and frequent speaker.

“We’ve made great strides in gender diversity,” said Caplan, noting her own roles launching Women in Produce, the largest female-focused industry event that continues today and serving as the first female chairperson of the United Fresh Produce Association.

“But there is not much racial diversity in the industry, and I’m on a crusade to change that. Frankly, that’s what my blog is for,” she added.