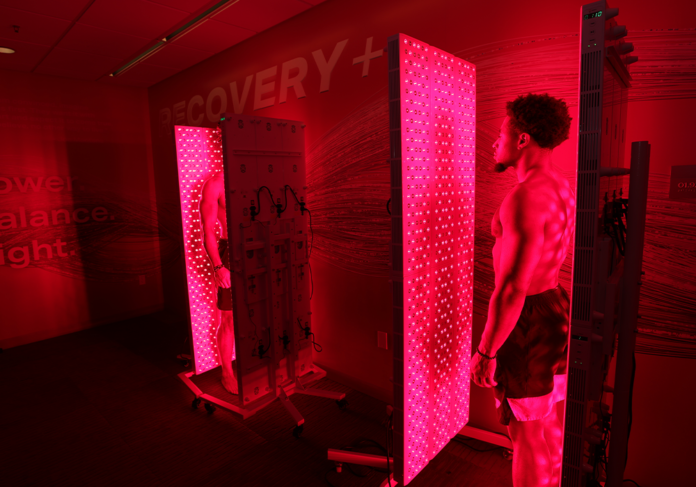 Irvine-based Frost Giant said it is developing a real-time strategy based game; Morten and Campbell previously led production and design for StarCraft II and Warcraft III, respectively, which are considered two of the most successful real-time strategy games.

The round, led by San Francisco-based Bitkraft Ventures, will support growth, product development and consumer research for the game studio and its eight employees.

It’s been a busy year for Blizzard veterans; Mike Morhaime, the co-founder of Blizzard, and his wife, Amy, announced a new game company Dreamhaven along with two new studios, Moonshot Games and Secret Door, in September.

The Morhaimes in March also participated in a $1.2 million round for esports upstart Rally Cry, which is run by former Blizzard employees Adam and Tyler Rosen and based in Irvine.

OnSite Waste Technologies of Newport Beach recently raised a $3.5 million Series A round of funding.

OnSite is the creator of the TE-5000, a medical waste desktop unit that sterilizes items such as syringes by heating them to 350 to 400 degrees for 90 minutes and melting them by 80% into what it describes as a disposable “brick.”

“We’ve now proven that small quantity generators of medical waste have a significant interest in the immediate sterilization made possible by our OnSite TE-5000,” Brad Barnes, chief executive of OnSite, said in a statement.

“Now that we have clear market fit, we’re scaling the business, and focusing on getting the TE-5000 into as many long-term care facilities, family practices, dermatologists offices, urgent care clinics, and other small waste producer settings as possible.”

The company also recently announced health facilities could use CARES Act funds to purchase the TE-5000 through the end of the year, in order to safely dispose of COVID-related as well as other medical waste.

TE-5000, meant for facilities that produce 200 pounds or less in waste per month, is currently used in more than 27 medical facilities across 41 states.

OnSite launched in 2015. It was a member of the UCI Beall Applied Innovation Wayfinder incubator and now occupies space at Mark IV Capital’s headquarters.

The company is the developer of a portable, user-friendly hemodialysis machine that was designed to allow patients to receive treatments from the comfort of their own home, Chief Executive Osman Khawar told the Business Journal.

Current machines are limited to certain types of treatments, require extensive training or time to set up and are often heavy and difficult to move, Khawar said.

This action “aligns providers with our mission, [meanwhile] the coronavirus pandemic has illuminated the risk of centralized dialysis delivery,” Khawar said.

The investment, which brings the company’s total funding to $59.5 million, will fund activities related to submitting data to the Food and Drug Administration for 510(k) clearance.

Diality, which has 28 employees, will have to seek a second regulatory approval for patients to use its device at home.

Joovv Inc. is shedding light on a piece of the San Francisco 49ers’ recovery strategy.

The San Clemente-based company recently installed its light therapy panels in a dedicated room adjacent to the 49ers’ locker room inside Levi’s Stadium.

The deal “speaks to the 49ers looking at innovative ways to keep their athletes healthy and optimize their recovery,” Wesley Pfiffner, director of marketing at Joovv, told the Business Journal.

Joovv makes red and near-infrared light therapy panels in various sizes that range in price from about $545 to $8,545.

The partnership also “demonstrates that light therapy belongs in the conversation around healthy modalities to recover the body from physical activity,” said Pfiffner.

The family-owned business, which has about 20 employees, was the first to offer red and near-infrared light therapy in a full-body configuration that could be used in the home, according to the company.

Clever Care Health Plan Inc. of Westminster announced it would include Providence Health Network in its provider network in 2021.

Clever Care is a new Medicare Advantage provider with coverage in Southern California across more than 15,000 provider facilities and 34 hospitals.

Medicare Advantage plans are increasingly popular because they offer extra coverage for things such as vision, dental and hearing exams, and prescription drugs, in addition to traditional coverage of doctor visits and hospital costs.

Clever Care aims to stand out by offering a combination of Eastern and Western medicine and in-house language support services. Current plans include coverage of acupuncture and herbal supplement costs.

The company is also offering a “COVID Peace of Mind” benefit, which ensures $0 out-of-pocket costs for COVID-related services.

The research, conducted in partnership with Eli Lilly, suggests that Docbot’s imaging software platform could be used to improve ulcerative colitis management and prevent disease progression to other conditions such as colon cancer, the company said.

“We’re pleased to partner and collaborate with their team to spearhead a game-changing effort that may positively impact patients suffering with ulcerative colitis,” Andrew Ninh, chief executive, said in a statement.

It could also be a useful tool for inflammatory bowel condition drug development, the company said.

Docbot is currently conducting a 1,000-participant pivotal trial, in which it is seeking federal approval to use its software to detect tumors from colonoscopy video.

The company plans to seek approvals for endoscopy and other gastrointestinal screening procedures in the future.