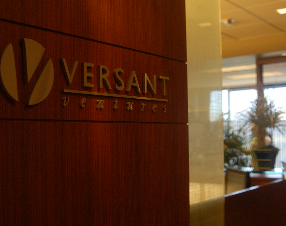 Menlo Park-based Versant has an office in Newport Beach. It opened an office in the Minneapolis-St. Paul area last year under Managing Partner Kirk Nielsen, who had been at the firm’s Orange County office since 2006.

The Mayo Clinic Business Accelerator is a joint project by the clinic, Rochester Area Economic Development Inc. and the city.

Mayo Clinic spent $100,000 to develop the 2,500 square-foot facility in the Minnesota BioBusiness Center, which is being called a “business accelerator.” It will house early-stage companies in the biotechnology industry in six offices. The Rochester City Council recently approved an additional $100,000 from local tax dollars to go toward the project.

Versant and San Mateo-based venture capital firm Sanderling Ventures, the other tenant already lined up for the center, are expected to help startup companies find capital.

Versant specializes in early-stage medical device and biotech companies. It has $1.6 billion under management.

Mayo Clinic is expected to announce four other companies that will occupy the accelerator facility on Friday.