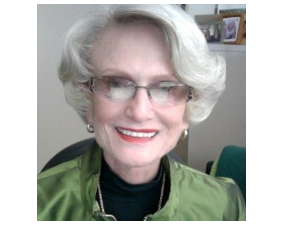 Marian Bergeson has died at age 90.

Bergeson was a Newport Beach resident who was active for more than five decades in Orange County politics and civic life.

She had a special focus on education. Bergeson began her political career on the Newport-Mesa Board of Education after several years teaching school. Gov. Pete Wilson named her the state’s education secretary in 1996. Democrat Gray Davis, who succeeded Wilson as governor, appointed Republican Bergeson to the California State Board of Education.

The aquatics center at Corona del Mar High School in Newport Beach is named for her.

Bergeson also served as an Orange County supervisor and was the first woman to be in both the Assembly and the Senate in California. She lost a bid in 1990 to become the state’s first female Lieutenant Governor.

She was a board member of MIND Research Institute, PBS SoCal, and the Academy Charter High School for the Orangewood Foundation.

Bergeson is survived by her husband Garth, three of their four children, and 11 grandchildren. A daughter, Nancy, preceded Bergeson in death.