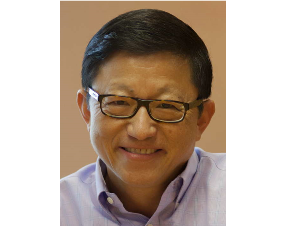 Its 21,000-square-foot facility in Irvine opens Saturday with practice rooms, classrooms, studio space for recording and dance, and a 140-seat theater.

Offerings include private and group lessons in a variety of instruments, including string, wind and piano; dance programs including Chinese heritage dances; voice training; musical theory and composition; and training and experience in music recording.

Zhang started Pick Up Stix, a fast-casual Chinese food chain, in 1989 and sold it in 2001 for $50 million to TGI Friday’s parent company, Carlson Restaurants Worldwide.

Mandarin has about 160 restaurants. Most of the roughly 75 Pick-Up Stix are in Southern California and it maintains a local headquarters in Laguna Hills.

Zhang has been running Laguna Niguel-based real estate investment firm Zion Enterprises since 2003.
He continues to be an entrepreneur-in-residence at Concordia University in Irvine.

He was inspired to start the community music school because while growing up in Shanghai, he played the clarinet and was offered a scholarship to a music academy in Los Angeles, which brought him to the U.S.

He’s offering scholarships to his school for low-income families through a $2.5 million scholarship fund. O.C. Music & Dance has a fundraising goal of $5 million, he said.