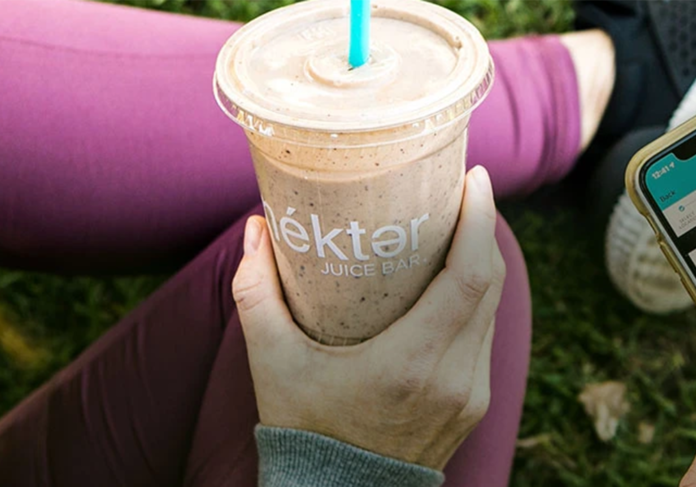 Now, as businesses prepare for post-pandemic operations, the juice and healthy snack chain is readying for its 10-year anniversary with new marketing.

Furthermore, it still has designs on growth, with planned store openings in the works.

“This whole time, it allows you to rethink. The ironic part is we were founded in 2010 on the foundation of health and wellness and immunity and being affordable and accessible. As we approach our 10th anniversary come October, we’re still guided by those same principles,” said Steve Schulze, the president and CEO who started the chain with then-wife and Chief Visionary Officer Alexis Schulze.

The new creative, which begins to roll out over the summer and builds up to the anniversary, updates those foundations for the company and also a new tag line: “Live Life to the Freshest.”

The campaign calls for digital, print and social.

Further growth of the business through an app that got plenty of use during the COVID-19 shelter-in-place orders will help as Nékter, like many others in the restaurant and food space, leveraged the digital channel to recapture sales, offer promos and other marketing efforts.

Schulze said the company has just fewer than 700,000 people ordering through the app.

It’s a big audience as the company, Orange County’s 20th-largest restaurant chain by systemwide sales, turns to a multi-pronged marketing approach for the anniversary ad creative.

“We’ll have an all-encompassed campaign,” Schulze said. “We’ve used this time during this [pandemic] crisis to focus on some of these things and, now, we’re deliberately looking at the timing based on what’s going on and wanting to get all the locations that have shuttered back open.”

Most of the company’s doors are back open, with the remaining reopenings imminent, Schulze confirmed.

The looming anniversary comes as Nékter ramps growth, with a planned 15 to 20 new store openings this year and more than 150 in the development pipeline. The growth is coming from franchised locations and will push the business into new markets, such as El Paso and the recently opened Colorado Springs.

The company has been on a tear in recent years with aggressive expansion. Last year, it notched a 21% gain in sales to $87.7 million across 170 locations selling its cold-pressed juices, vegan smoothies, acai bowls and other healthy snacks.

“We are a lifestyle brand,” Schulze said, “which is a little bit different than the way people view a treat brand and some of the heritage brands in this space.”