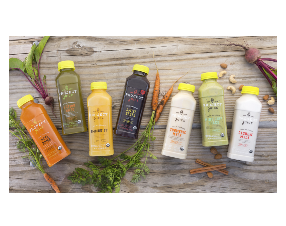 Ritual Wellness sells cold-pressed organic juice from four locations in Orange County and San Diego, including one at The Camp in Costa Mesa. Project Juice had five locations in San Francisco and Palo Alto, prior to the merger.

Ritual Wellness cofounder Lori Kenyon Farley said the company would retain offices in Irvine and San Francisco but that the stores had changed their names to Project Juice.

She told the Business Journal last year that she and cofounder Marra St. Clair weren’t planning to franchise, had no debt, and would grow through investors and cash flow.

“When you franchise, you lose the message,” Farley said then.

Project Juice also sells products through five other retailers that include two OC sites: a Bowl of Heaven location in Newport Beach and the Hive & Co. in Dana Point.

Bowl of Heaven is an acai bowl chain based in Rancho Santa Margarita. The Hive sells apparel, accessories and ice cream and is near the Ritz-Carlton Laguna Niguel.