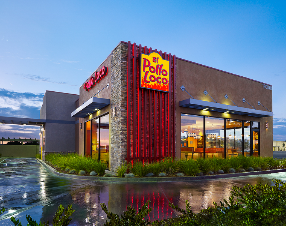 This is El Pollo Loco’s first restaurant beyond the Southwest region, where the company has about 450 company-owned and franchised restaurants in Arizona, California, Nevada, Texas and Utah.

Trotter has prior restaurant industry experience and is a former franchisee of the fast-casual Mediterranean restaurant company Zoës Kitchen. He opened and operated five restaurants in Florida, Alabama and Louisiana between 2006 and 2015.

The restaurant franchisor and operator is the No. 3 OC-based restaurant chain. It had 2015 systemwide sales of $753 million and employs 750 locally and about 5,200 companywide.