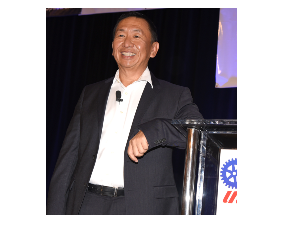 Vizio Inc. filed two separate lawsuits today against LeEco, contending the Chinese conglomerate made false financial statements and claims in the run up to its proposed $2 billion acquisition, which ultimately collapsed in April.

The Irvine-based consumer electronics brand contends LeEco, its management team led by Chief Executive and founder Yueting “YT” Jia, and its finance arm, Global Holding, breached the sales contract, failed to negotiate in good faith and refused to pay Vizio the remaining $50 million in buyer termination fees, according to court documents filed in Santa Ana in Superior Court of the State of California-County of Orange and obtained by the Business Journal.

The lawsuit further contends that LeEco and its various corporate entities “concocted a secret plan” to leverage its publicly announced acquisition to gain or try to obtain access to Vizio’s large corporate customers and key decision makers.

Vizio is seeking damages of $50 million, as well as litigation costs and other relief the court deems valid.

The lawsuit, which contends that LeEco knew it was in a cash crunch and failed to disclose that pertinent information during months of negotiations, essentially rebukes the official statements both LeEco and Vizio made when the sale was terminated.

The companies jointly cited “regulatory headwinds” on April 10 for the sale’s collapse.

The Business Journal for months had reported that the deal was in jeopardy stemming from LeEco’s ongoing financial woes.

“The deal is still in progress, subject to LeEco capabilities—we have fulfilled our obligation,” Vizio founder and Chief Executive William Wang told the Business Journal in late February. “If they can’t come up with the payment, we will decide what to do. It’s not something I’m worried about. I’m happy either way.”

LeEco and Vizio representatives projected the transaction, first announced about a year ago, would close by year-end 2016.

The LeEco purchase first raised concerns among analysts in November as chatter picked up that the company hit a cash crunch due to expanding product lines and markets.

LeEco’s Jia, in a letter to employees that was obtained by Bloomberg at the time, said, “We blindly sped ahead, and our cash demand ballooned. We got over-extended in our global strategy. At the same time, our capital and resources were in fact limited.”

The development came about a month after LeEco’s U.S. launch event in San Francisco, where the company spent more than two hours promoting its third-generation smartphone, an Android smart bike, an 85-inch smart TV, updated subscription services, a virtual reality headset and an autonomous electric vehicle.

The company has since laid of hundreds of workers and shuttered its U.S. operation.

Vizio’s other lawsuit filed today in Santa Ana in the U.S. District Court for the Central District of California seeks $60 million in damages, as well as punitive damages.

The latest development comes a week after a Shanghai court froze $182 million in assets tied to Jia, also LeEco’s chairman, for missing loan payments, according to published reports.

Vizio, which was co-founded by Wang in 2002, is the fifth largest private company based in OC, with an estimated $3.5 billion in 2016 sales. The vast majority of its revenue is generated from its suite of smart TVs.