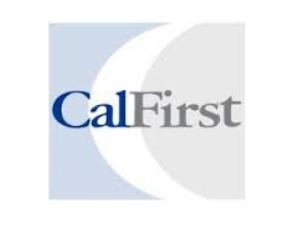 CalFirst ranked No. 13 on the Business Journal’s annual list of OC -based banks, reporting assets of $122.7 million as of June 30, down 26% from the prior year. It has one branch with 18 employees.

Its assets reached as high as $851 million in 2016 when it had 95 employees. The bank ran into trouble in 2017 when the Office of the Comptroller of the Currency advised it to cease originating leveraged and nonleveraged syndicated commercial loans and to take action to substantially reduce its concentration of leveraged loans.

The deal is the fourth banking venture on the West Coast by DMG Chair and Chief Executive Don Griffith. His most recent venture, Grandpoint Bank, acquired 11 banks from 2010 to 2014 and grew into a $3 billion asset franchise in Arizona, California and Washington before being acquired in 2018 by Pacific Premier Bank, now the largest bank headquartered in Orange County (Nasdaq: PPBI)

“DMG intends to build a West Coast regional community bank through organic growth and acquisitions,” said a statement from the company. “The bank will focus on relationship banking for entrepreneurs, developers, builders, and investors in each of its local markets. A key focus will be on private lenders, real estate developers and investors in sub institutional multi-family, commercial and residential loans.”

DMG was represented by legal counsel from Skadden, Arps, Slate, Meagher & Flom LLP and Duane Morris LLP, and applied with the Federal Reserve and OCC in November and was approved in December and January, respectively. Keefe, Bruyette & Woods, A Stifel Company, provided advisory services to DMG.