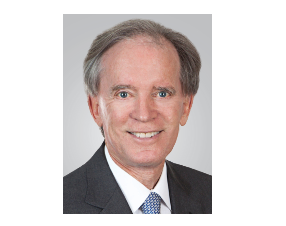 A London-based insurance group has shifted the management of its $272 million fund from Pacific Investment Management Co. to Bill Gross.

The switch is to be effective on July 6.

Gross, who cofounded Pimco and led it to grow to about $2 trillion in assets, managed the Old Mutual Total Return fund for more than 12 years after its launch in 2002.

“We have a longstanding relationship with Bill Gross and believe that clients who chose to be invested with him in the Old Mutual Total Return USD Bond Fund will benefit from this change,” said Warren Tonkinson, global head of distribution at Old Mutual Global Investors, in a statement. “Bill has a vast amount of experience and an outstanding track record, and we look forward to working with him and the team at Janus.”

Old Mutual’s manager change comes despite Pimco’s relative outperformance over the past several months. Pimco’s flagship Total Return Fund has returned 1.24% since the beginning of the year, versus the benchmark return of 1%.

Janus’ unconstrained bond fund, managed by Gross, is down by 0.36% over the same period.

BJ’s Restaurants Teams Up with DailyPay

BJ’s Restaurants Teams Up with DailyPay