2nd Big Shareholder to Bank Board 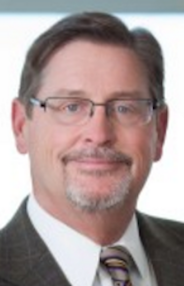 Irvine-based Banc of California Inc. on Friday announced the appointment of its second director this week from a large shareholder.

Wycoff’s Patriot Financial Group, based in Philadelphia, owned 7.1% of the bank’s shares, according to its 2016 proxy.

The company this week also appointed a new director, Richard Lashley, who is co-founder of Chicago’s PL Capital Advisors LLC, which owns 6.9% of the company’s shares.

Director Halle Benett, who in December said he wouldn’t seek re-election, reversed course earlier this week and said he does want a board seat, the company said in a filing this week.

Banc of California shares soared 23% yesterday when bank issued a statement saying an independent investigation exonerated the company of accusations by a blogger of improper relations with organized crime.

It currently counts a market value of about $980 million.

Chief Executive and Chairman Steven Sugarman resigned in January after the Securities and Exchange Commission began its own investigation into how the company initially handled the allegations.

Patriot Financial’s private equity fund, which has $300 million in committed capital, invests in community banks and thrifts with assets between $500 million and $5 billion.

Wycoff was CEO of Philadelphia-based Continental Bank; regional CEO for Bank of America in the Pennsylvania, New Jersey and Delaware areas; and CEO of Progress Financial Corp.