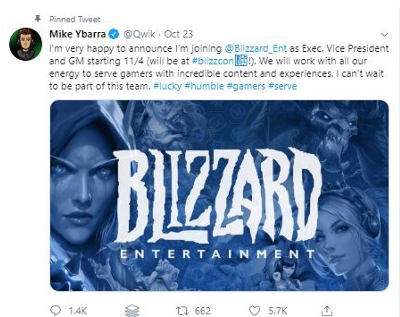 The release of Blizzard Entertainment’s “World of Warcraft: Shadowlands” online game expansion has been delayed until later this year due to further beta testing and iterating, the company said in a statement today.

The release had been scheduled for Oct. 26, and parent company Activision Blizzard did not provide a new target release date.

Shares in Activision Blizzard were down 0.5% at $82.30 apiece in after-hours trading, following the announcement of the Shadowlands delay.